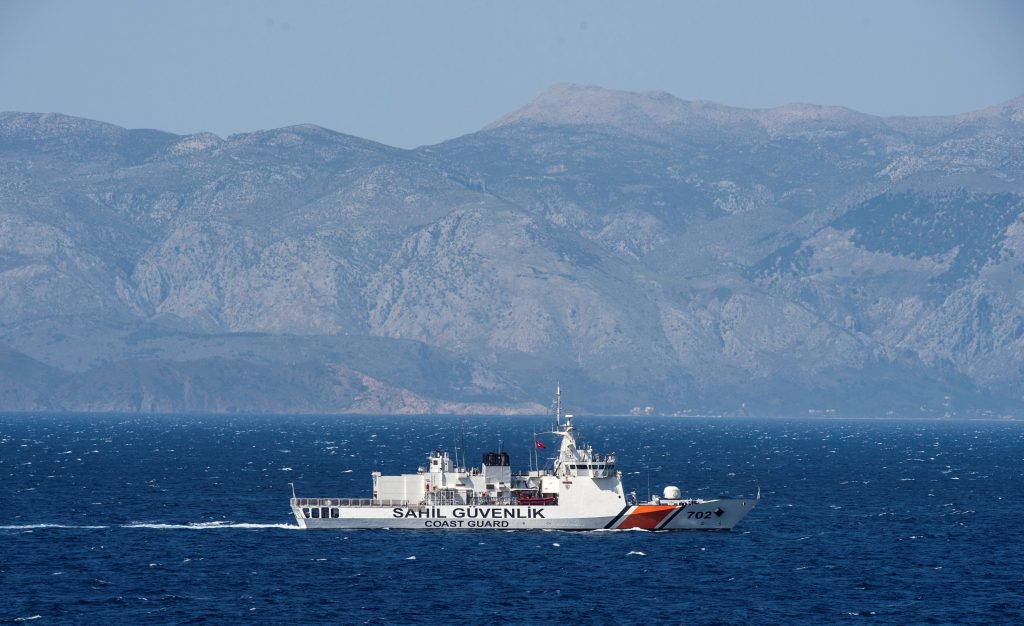 Turkey’s transatlantic ties are in danger, with at least two telltale indicators serving as warning signs: the gradual erosion of the NATO buffer designed to manage Turkish-Greek tensions and the fate of Turkey’s procurement of F-16V aircraft from the United States. Together, these developments can fundamentally alter Turkey’s geopolitical outlook.

To put it bluntly, the Turkey you know might be gone forever. Here’s why:

The ‘French touch’ that changed everything

The best defense against a large-scale war between Ankara and Athens has been the transatlantic security architecture provided by NATO. Perhaps unintentionally, France and Greece may have torpedoed this mechanism for good with their recent flamboyant defense pact, in which the countries vow to come to each other’s aid in the event of an armed attack. In the eyes of the Turkish elite, the pact is aimed at containing Turkey and should be responded to in kind.

The Turkish-Greek rivalry manifested itself in recent disagreements on maritime borders and rights to the oil and natural gas bonanza in the Eastern Mediterranean. But tensions between the two NATO members aren’t new; they even found themselves on the brink of war back in the 1990s before Washington prevented further escalation. Now, the “French touch” has added a new arms race to these disputes and an alternative collective defense guaranteefor Athens (apart from NATO’s Article 5).

Another key aspect of the Franco-Greek deal is its declared objective to boost European strategic autonomy—which might do more harm than good because of the deal’s bilateral nature and its ostensible positioning against a key NATO ally.

If the larger military Alliance takes a back seat, any flare-up between Turkey and Greece would be far more dangerous than in the past. From a military standpoint, the greatest danger is the unpredictability: Just imagine two armed forces facing each other in land warfare along the Thracian lowlands and in an air-sea battle in the Aegean Sea. Such an escalation could also drag in nearby Cyprus. And you could kiss NATO goodbye if two of its members went to war against each other. Picture the Baltic countries sitting on Russia’s doorstep and watching two NATO allies fiercely fighting each other. Not only would such a war be a regional catastrophe in the Eastern Mediterranean, but it would also create a larger crisis for NATO’s allied coherence in the face of Russian aggression.

Despite the war cries by hardliners on both sides, a Turkish-Greek escalation should be avoided at all costs.

The fighter jet that can transform Turkey’s strategic orientation

Given the technological troubles with its arsenal of aging, fourth-generation F-16 combat fighters—and following its exodus from the US F-35 program over its acquisition of Russian-made S-400 strategic surface-to-air missiles—Ankara is hoping to secure a stopgap deal for the advanced F-16 Viper (F-16V).

Although it had seemed like a done deal at the outset, a growing number of US lawmakers have expressed their objections about the F-16V sales, citing the S-400 deal among other concerns about Turkey’s government.

If Turkey finds itself left out in the cold in its quest for an alternative to the F-35, Russia will probably offer a charm offensive in the form of a defense procurement package to snatch up the Turkish weapons market from the West—including Russia’s Su-35 air superiority fighters, the second batch of the S-400s, and even engines for Turkey’s own national combat aircraft development project. Any such transaction would be more than enough to trigger another round of US sanctions, which in turn would lead to an inevitable rupture of Turkish-American bilateral military ties.

Turkish defense planners will need to incorporate a European military alliance on their doorstep—bizarrely, one that includes two NATO allies. Besides, the Turkish Air Force finds its only feasible air warfare stopgap plan being questioned in the US Congress.

Ankara is not totally victimized here. After all, the S-400 acquisition—which occurred in the aftermath of Russia’s illegal annexation of Crimea—was a sovereign decision taken by the incumbent administration. That’s why it shouldn’t be surprised about being excluded from the F-35 program or by congressional hesitancy over the F-16V sale.

But fundamentally altering the political-military parameters in the Aegean, or cutting off the Turkish air deterrent from American-made solutions like the F-16V, are geopolitical moves that could leave consequences for decades. Unchecked, they can lead to a tectonic shift in Turkey’s strategic orientation and identity. Although this kind of shift remains a low-probability (but high-impact) scenario for now, such drastic changes cannot be reversed overnight by hard-working diplomats or new governments in NATO capitals.

Can Kasapoglu is the director of the Security and Defense Program at the Center for Economics and Foreign Policy Studies (EDAM) in Istanbul.

Sine Ozkarasahin is an analyst at the Security and Defense Program at EDAM.

The views expressed in TURKEYSource are solely those of the authors and do not necessarily reflect the views of the Atlantic Council, its staff, or its supporters.