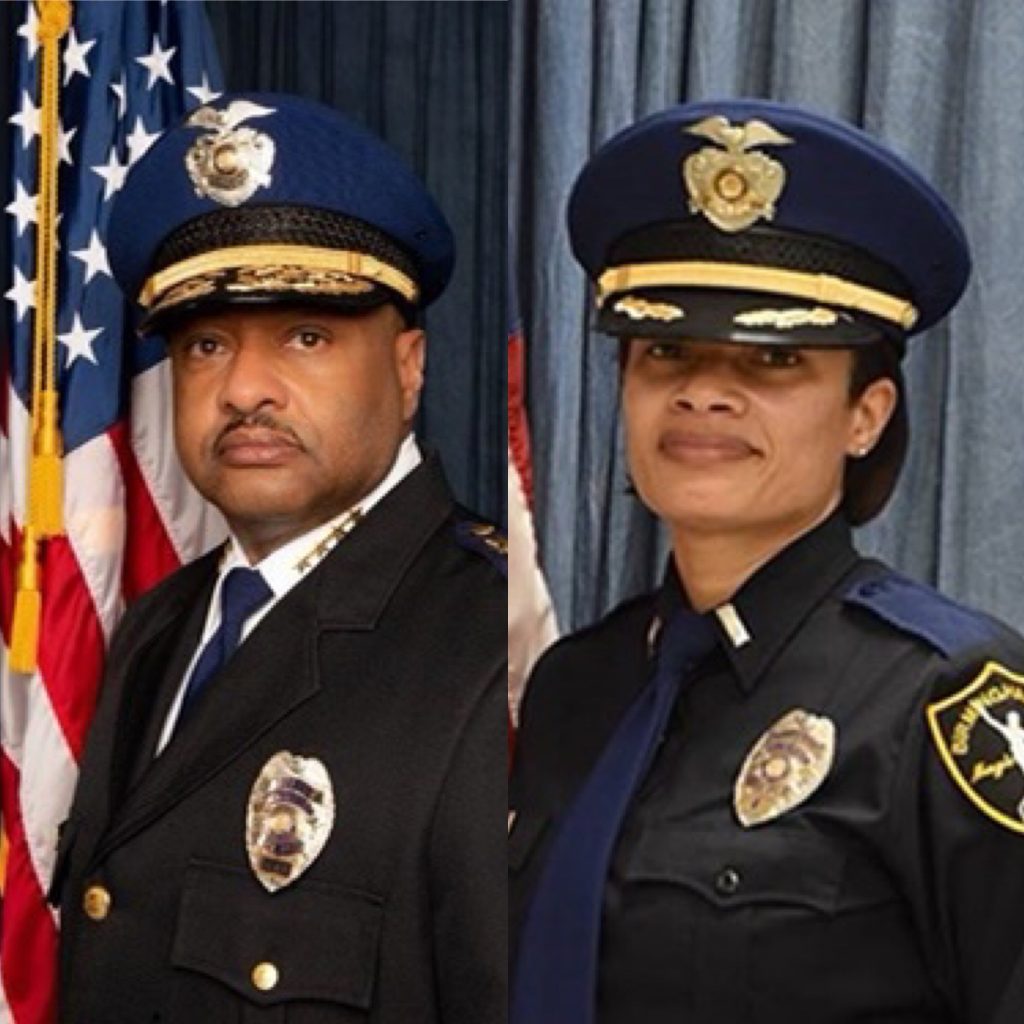 “When I appointed Chief Smith in 2018, I was very clear about our objectives: modernize the police department with a focus on making the city safer for the people of our city.,” Mayor Woodfin said. “Under his leadership, Chief Smith has placed an emphasis on accountability and professionalism. Chief Smith has overseen efforts to reduce overall crime in the city and led in the launch of the Real Time Crime Center.”

Parhm-Mack has served in the department for 13 years in both patrol and administrative assignments. Most recently, she has served as Executive Assistant to Chief Smith, assisting in efforts to implement transformational strategies for the department. Parhm-Mack holds a Master of Business Administration degree in project management and a bachelor’s degree in organizational leadership.

Michael Smith has been reappointed Deputy Chief for Investigations.

Ron Sellers has been reappointed Deputy Chief for Patrol.

Pickett has served in the department for 17 years, both in patrol and investigations. He has overseen security services for all City of Birmingham facilities. Picket currently serves as the planning section commander and law enforcement branch director for World Games 2022. He is presently pursuing a master’s degree in criminal justice with a concentration on counter-terrorism and homeland security.

The appointments will be effective on Nov. 23, 2021 – the first day of Mayor Woodfin’s second term.