Montgomery, Ala.-The Huntingdon Indoor Volleyball team has reason to be excited: a Fall season. After a shortened 15-game spring season, the Hawks are preparing to take on a full Fall season starting with Sewanee and two tournaments.

The Hawks finished the spring season 10-5 overall and 5-3 in conference. Even without fans, they went 7-0 at home. 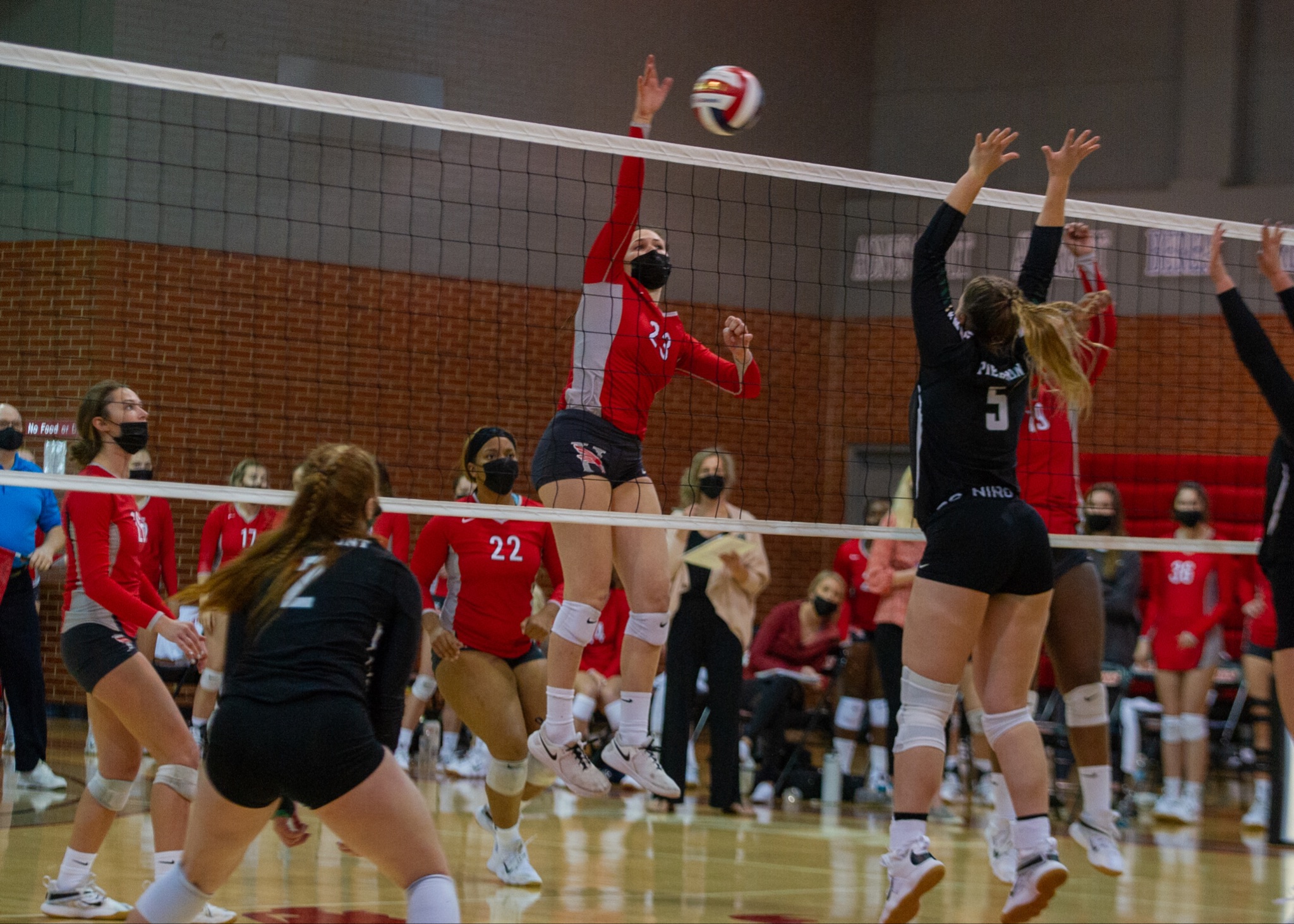 Junior All-Conference setter Morgan Ilsley is back after appearing in 14 matches and 50 total sets. She averaged .88 kills per game with a total of 44 kills. With 126 attacks and 437 assists, Ilsley also averaged 1.5 points per set.

Academic senior All-Conference middle Jordan Hollis started 11 matches and appeared in 53 total sets. She averaged 3.4 points per set with a total of 181.5 points. Hollis also had 140 kills and 318 total attacks.

Sophomore Audrey Horsley is a front-runner for the libero position. Horsley appeared in 15 matches and 48 total sets. She had 11 service aces and 166 digs, averaging 3.46 digs per set.

“[Horsley] has taken her game and risen to the occasion,” Brady said.

“We only have 1 senior but we played 3 freshmen last year. We only lost 1 starter from last year,” Brady said. “This talented incoming class is competing for playing time. It’s weird to lose one starter but still be so young.”

The expectations are high for this incoming class. 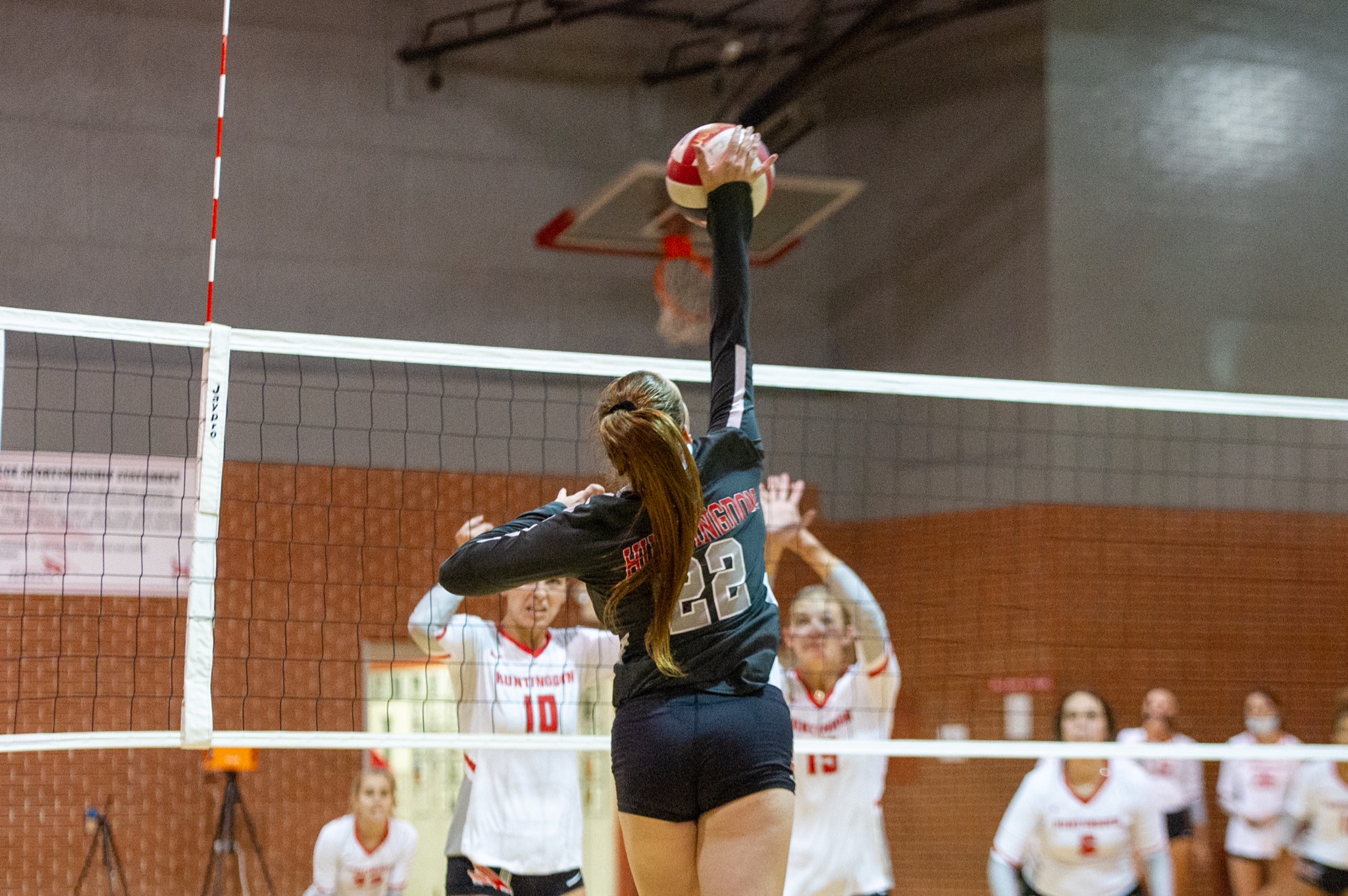 “By far, this is the most talented incoming class we’ve ever had. They’re all chomping at the bit for spots, hard-working, great work ethic, good attitudes,” Brady said. “They’ve refreshed our culture and made us more competitive.”

Assistant Coach Carly Falcione said, “They’ve made everyone in the gym better.”

“No one had a spring season, just game prep. We’re excited to see what product we will put out there,” Brady said. “We’re trying to learn what people without true game experience can handle and if they’ll rise to the challenge and the incoming freshmen, if they can transition from high school or club and be competitive.” 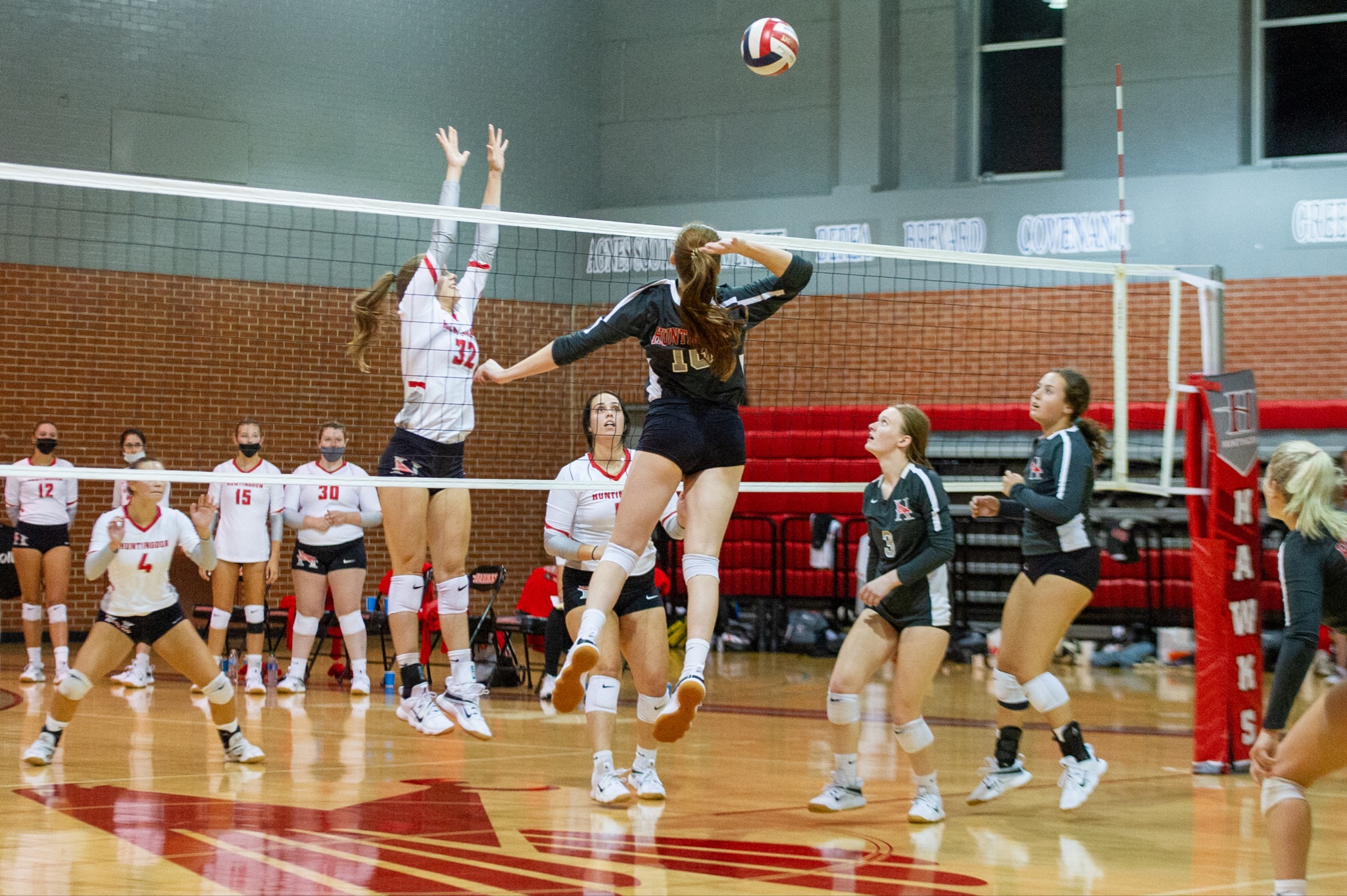 Back to back seasons of reaching the conference semifinals mean the bar is high.

“We’re trying to make sure we’re solidifying ourselves in the top 4 of the conference,” Brady said. “Our top goal is to finish top 2 on our side and be able to host the tournament.”

It won’t be easy; Huntingdon was voted 4th in the USA South Preseason Poll.

“We know what we have to do; it’s a battlefield,” Brady said.

Falcione summed it up best: “Ready or not, we’re coming.”

While the Hawks’ first home match isn’t until October 2, vs. Covenant, you can still support the team and keep up with the matches at https://www.huntingdonhawks.com/sports/wvball/2021-22/schedule.