Montgomery, Ala.-Coming off a shortened 4-game Spring season, the Hawks are almost ready for a return to a full schedule.

The Hawks went 3-1 overall and 2-1 in conference games with a win and a loss against Brevard, a win against Maryville and culminated with a win in the Conference Championship against Methodist.

“The expectation around here is high, and has been. My expectation for every team is the same: achieve what it is capable of,” Head Coach Mike Turk said.  “At this point in the year, no one really knows what the ceiling is for their team.”

With a limited pre-season camp and difficulty navigating heat and rain, a consistent practice schedule has been difficult as well as creating consistency in execution during practice.

“We’re progressing. We’re coming along. As long as we’re in the process of getting [consistency] fixed, then we’re making progress in the right direction,” Coach Turk said

With a core group of players returning for the 2021 season, the Hawk seniors are ready to shine.

“Defensively, if you come to watch our practice, if you don’t know who they are, you’re going to be asking: Karl Dorn and Casey Peppers,” Turk said.

“Both Dorn and Peppers play really hard and we’re excited about their leadership, not just on the defensive side of the ball but on the whole team,” Assistant Coach Steven Hicks said. “They’re solid.”

When asked about Senior Cornerback Fred Flavors, Coach Turk said, “You don’t notice Fred [Flavors] a lot but if he’s doing a really good job, no one’s going to even know he’s here.” 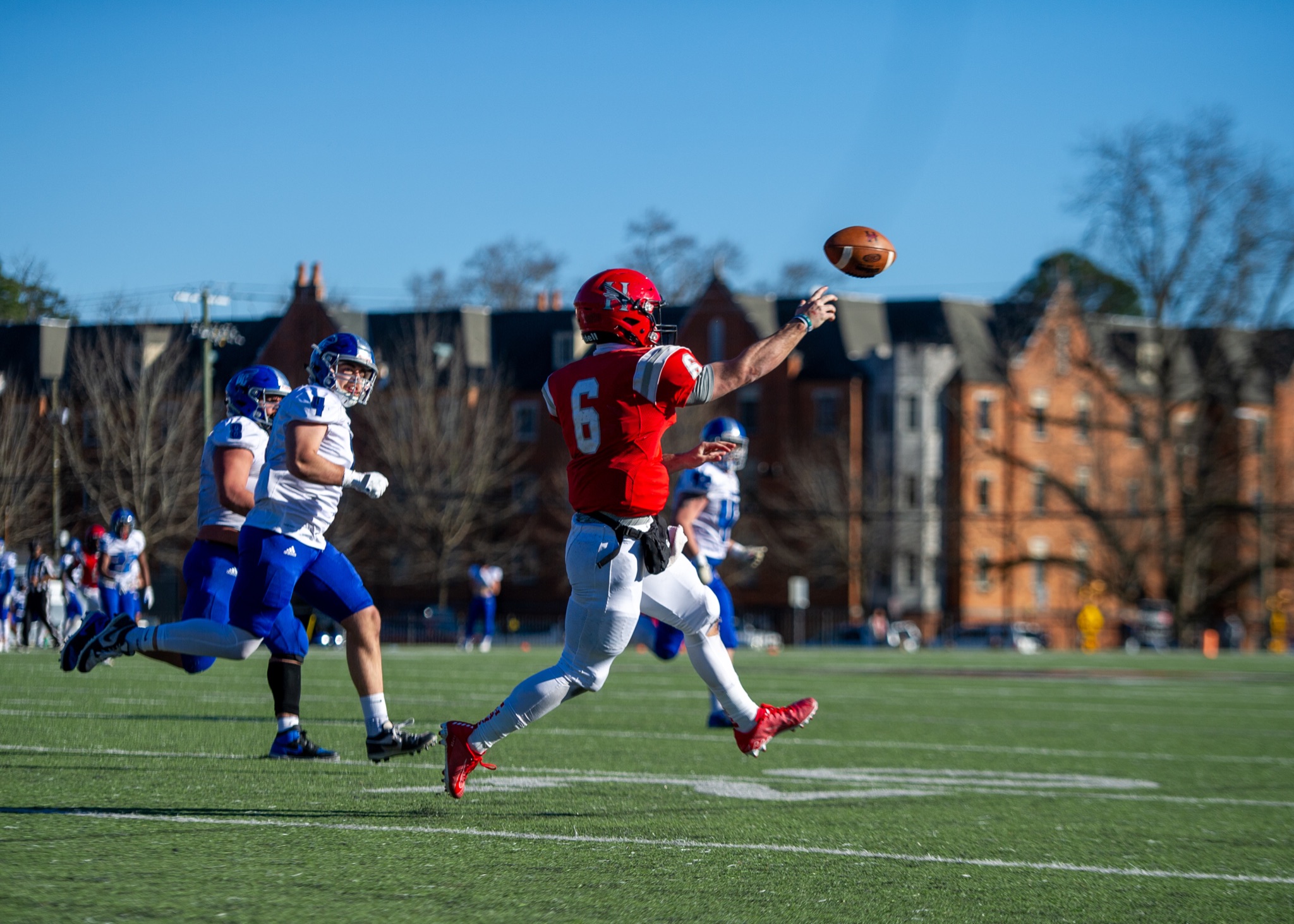 A Hawks offense led by junior quarterback Landon Cotney and a core group of returning players are looking to start and stay strong.

Quarterback Landon Cotney led the team and conference with 356 rushing yards. Cotney was named to the USA South 2021 Spring All-Conference Team, along with halfback Zack Self, Dorn, and Peppers.

“Cotney has been a talented kid since he got here. He stood out early. He’s a talented kid with a good head on his shoulders. He comes to work every day,” Assistant Coach Tyler Robinson said.  “He’s a complete quarterback for us with a really good arm that I’m hoping he’s able to show this year.” 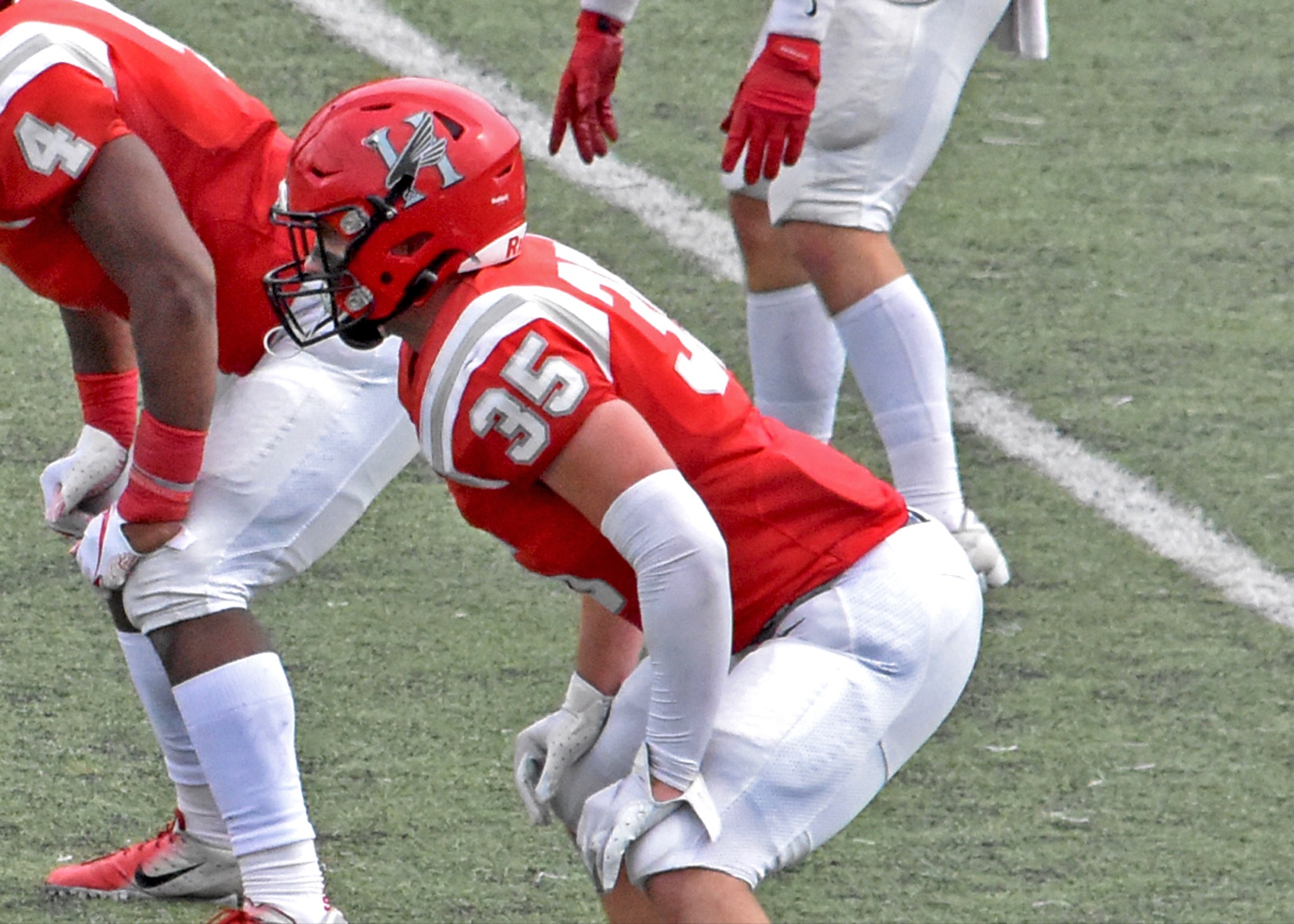 “Gavin [Walker] has really been a bright spot for us. He’s come up big in a couple of situations in scrimmages, when the defense needed a play,” Turk said.

“Malachi Harvey has matured as a wide receiver,” Turk said. Though Harvey started as a running back, he transitioned to wide receiver during his freshman year.

“We have all but 2 guys back from last year so we’re pretty experienced. We’re excited about Malachi; he’s the guy we’re going to be relying on a lot,” Assistant Coach Ben Ganus said. “He’s a really good guy who loves scoring touchdowns.” 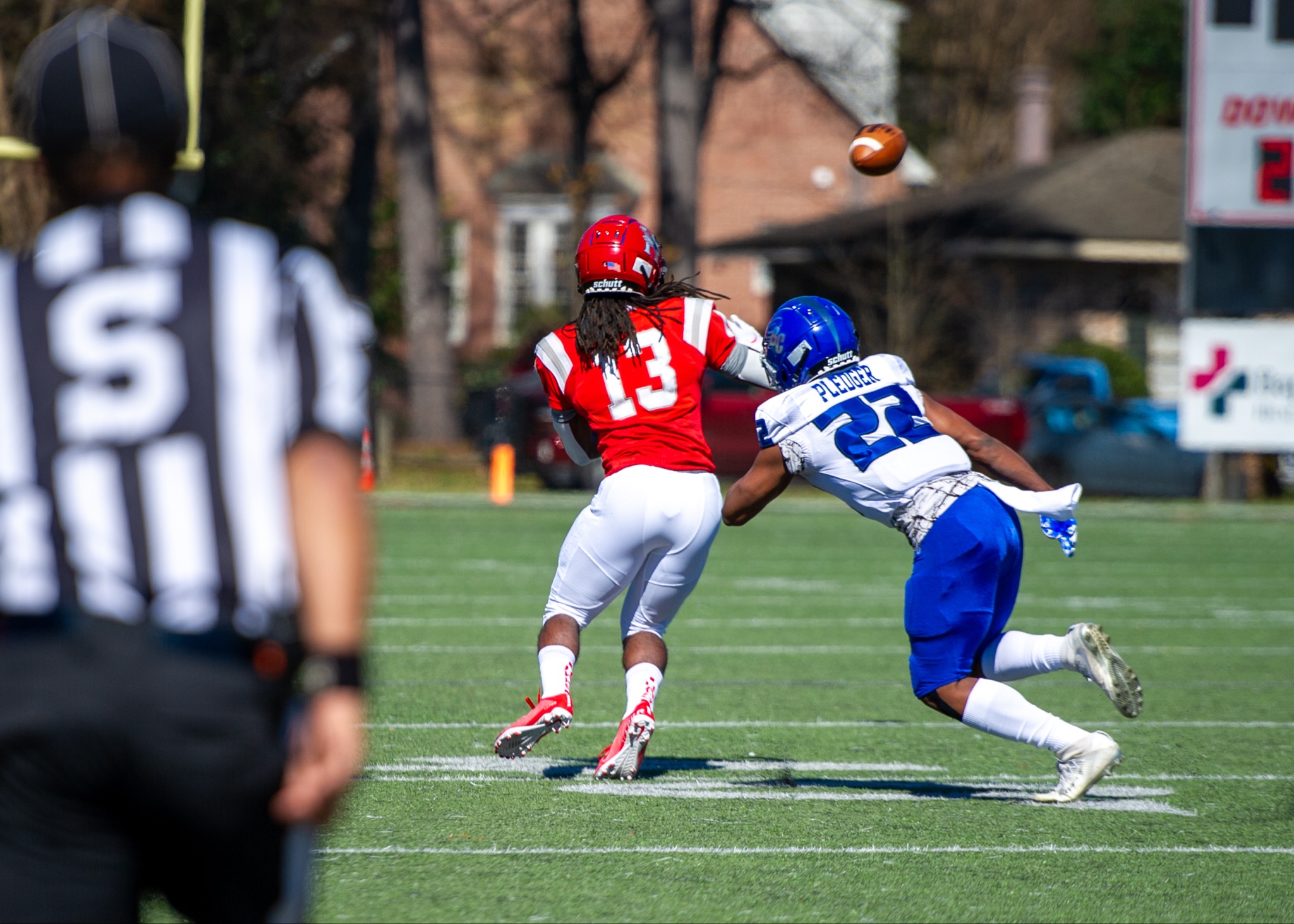 “Darrell Hixon and Colin Langford up front are two guys that have played a lot of football for us. Both are doing what we need them to do, which is not just their jobs but taking ownership of the group and being leaders for us,” Coach Turk said. Both Hixon and Langford were named to the USA South 2021 Spring All-Conference team.

“In the kicking game, a guy that’s done everything we’ve asked of him is Cole Starr,” Turk said. 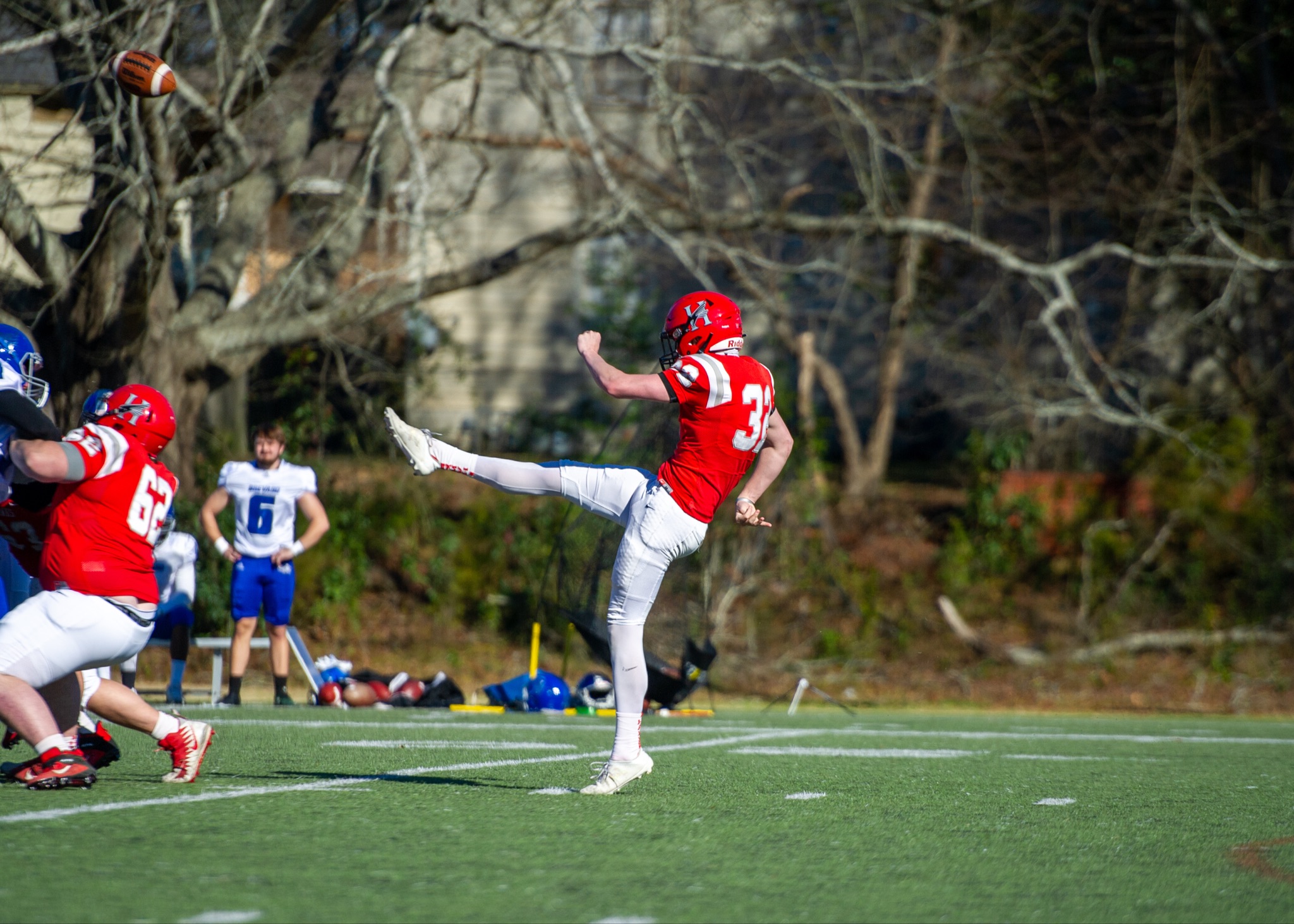 “Garrett Schluter, our long-snapper, has been solid as a rock. If the snap is poor, it’s really difficult to execute the rest of the kicking game,” Turk said. 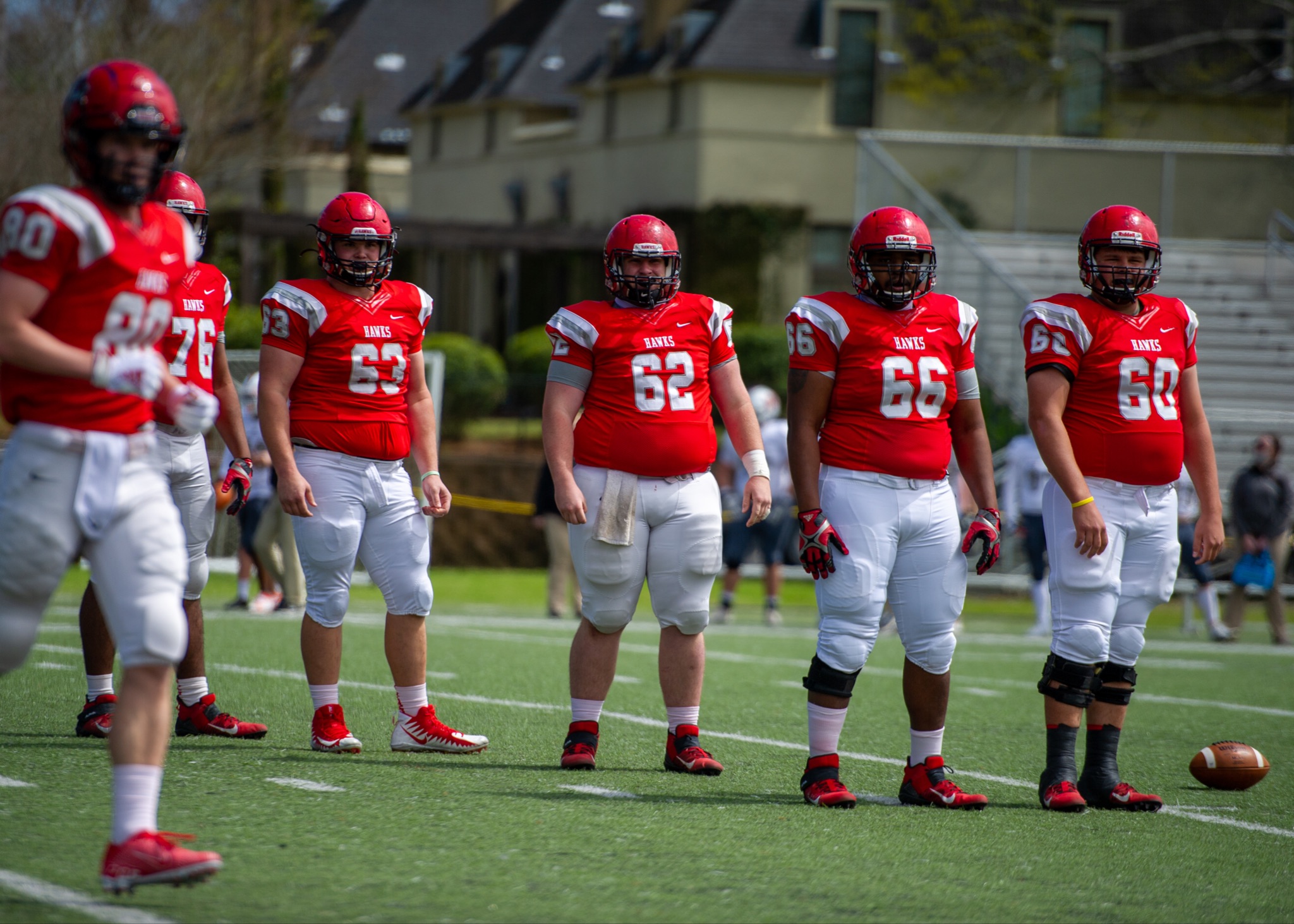 Covid will continue to be a factor in day-to-day life.

“Covid is the opponent that doesn’t get talked about a whole lot, it’s the first opponent we’ve had and we have to beat it every day,” Coach Turk said. “Our ability to be mentally tough and the ability to handle it and make the most out of it will probably determine how a lot of people’s seasons go.”

Player meetings and locker room time may look different but stepping on the field is as normal as it can be. Continued travel precautions and masks indoors, especially during any team meetings, will hopefully allow for a full Fall season.

“When we’re on the field, that’s about the only normal we had [last year],” Coach Turk said.

Huntingdon opens the season against Wisconsin-Oshkosh on Saturday, September 4, at 12pm in Charles Lee Field at Samford Stadium. The game will be available to live stream on our YouTube channel, https://www.youtube.com/c/HuntingdonAthletics.